“Legend of Sword and Fairy II” is a stand-alone game jointly produced by the fanatic creation group of Daewoo Information Co., Ltd. and the DOMO team. It was launched in January 2003. The story of the second generation takes place 8 years after the first generation, and the plot immediately follows the next generation. It revolves around Wang Xiaohu, Su Mei, Shen Qishuang, and Li Yiru, telling an intricate story intertwined by the four. The protagonist of the first generation and brand-new characters appear in the second generation, confessing the emotional entanglements that have occurred and the upcoming two generations. For the first time in this work, there are multiple combat and development systems such as Yuling, Tiger Sha, Formation, Nourishing Gu, and Poison Feeding. The combat uses a 45-degree angle of view and a fully dynamic synchronous turn-based offensive and defensive method.

Li Xiaoyao, the new head of the Taoist Immortal Sword, is the world’s first martial artist, and the sword is the best in the world; Emei Xian Xian is a pure and soft real person, sits down on the Xianxia and the five wonders, and defends the Tao from everywhere; the Taoist monk Qianye Zen master, Quanna disciple Preaching and generosity, disaster relief and rescue;
is it cooperation? Is it a conflict? There is a hidden crisis between the right ways … The

Demon Long
Lock Demon Tower collapsed, and thousands of demons came out; the two magic weapons appeared, and the world made waves again; the
flag was used to make Kong Lin reorganize the power of the demons ; there is a conspiracy? Have intentions?
The biggest disaster is about to come… Wang Xiaohu, who has grown up in

troubled times
, stepped into this chaotic rivers and lakes. He who has an upright personality, will interweave what kind of a story with the lovely memory, the beautiful Su Mei and the beautiful Deception. What?

Li Yiru didn’t like martial arts and guns since she was a child. However, Yiru made many “unusual” friends on her way through the world, and helped her during her adventures. It’s just that these friends are either mountain spirits or water monsters, or immortals, people and ghosts, collectively called “spirits.”
“Yu Ling” is a special system provided to Yiru. In battle, you can “please” give out 1 or 2 “spirits” to help the battle. In addition to attacking the enemy, the “spirit” can also assist in attack or help defense. However, if Yi can not directly give instructions to the “spirit”, it can only tell them the direction of action. After a period of shared happiness and suffering, the “spirit” will become more and more aware of the needs of the “spirit”, and then provide appropriate help. The “spirit” will also grow. The more often the “spirit” is recalled, the faster it will grow, and the available moves and actions will increase.

“Gu” is a characteristic item of the Legend of Sword and Fairyman series. Its functions cover blood replenishment, qi supply, resurrection, attack, ability enhancement, escape from the maze, etc. The Legend of Sword and Fairyman also expands the types of Gu worms to dozens of species. . To obtain these Gu worms, the most important way to obtain them is the “Queen”. After the Gu is fed by the player with Gu worms and edible items, Gu worms with various functions will be conceived. Different foods will lead to different growths of the queen, which in turn affects the attributes and appearance of the queen, and even the type and quality of the worms it produces.

Generally speaking, Queen Gu has three attribute values: “Blue”, “Red”, and “Purple”. When the player feeds a certain item or Gu worm, these three values ​​will increase or decrease to varying degrees. Until a certain attribute value exceeds the critical point, the queen will transform and become the “Green Queen” and “Queen”. “Red Gu Queen” or “Purple Gu Queen”, at this time, the speed and quality of Gu worms produced by the queen will be improved. However, this is only the initial stage of transformation, and there will be several stages of transformation in the future, which has to be discovered by the player. 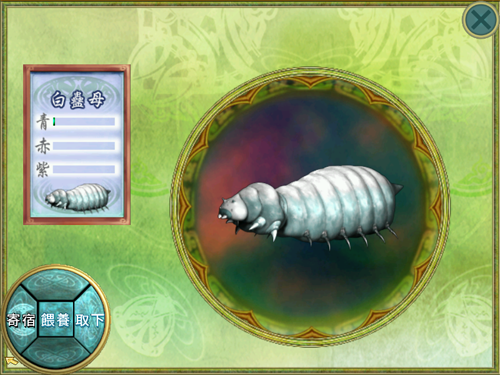 Click On Below Button Link To Sword And Fairy 2 Free Download Full MAC Game. It Is a Full And Complete Game. Just Download, Run Setup, And Install. No Need To Crack Or Serial Number Or Any Key. Start Playing After Installation. We Have Provided Direct Links Full Setup Of This Game.